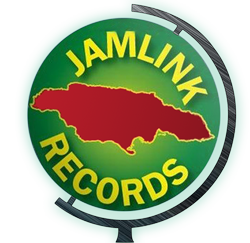 Owning a voice so powerful and soulful, it's hard to believe this artist isn't signed. Day dreaming of stardom and worldwide recognition, his work ethics has no limits to who he will voice for, in the hopes of finding a hit song of his own.Formerly known as Jay McKay in his teenage years, he now calls himself Dreama.At the age of 17, Dreama aka Jay Mckay, was recognised for his singing talent by the legendary producer, Dave Kelly. The work relationship opened many doors for Dreama, including the opportunity to meet and collaborate with, Dancehall icon, Beenie Man and Hip Hop star Foxy Brown. Together they created a few hit singles including, "Dick" on the fiesta riddim with Beenie man, "Tables will turn" with Foxy Brown and Baby Cham and "Party Hard" which was featured as a song track in the movie, Blue Crush. Drowned by the popularity of these artists and his lack of knowledge for the music business, Dreama did not get the recognition that he deserved.Now more knowledgeable, Dreama takes his music extremely serious and is determined to become a household name throughout the world. His promotional strategies are different and his focus a lot more on his singles instead of collaborations."I'm gonna be my Idol, and I'm never gonna let me down", a few inspiring words from his song titled "Idol", a late addition to the Danger Love riddim, produced by Troyton. Seanizzle, K20 records, Niko Browne and Arif cooper, are just a few of the producers Dreama has worked with."You alone", another production from Troyton, on the Nite Life riddim, seems to be getting a lot of rotation and is rapidly becoming a favourite among the ladies, increasing his fan base.#Dreamanation